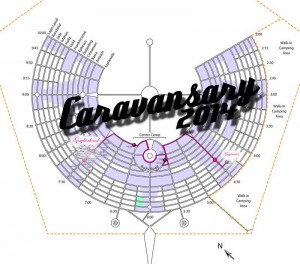 For countless centuries, travelers along the Silk Route crossed paths in caravansaries, a network of oases and sanctuaries that dotted the 4,000-mile road from Europe to East Asia. These bustling caravan stops offered more than just shelter from the desert wilderness; they were vital centers of cultural exchange, bringing together traders, pilgrims, monks, nomads, traveling entertainers, and wild-eyed adventurers from all points of the compass to share their stories around a common fire. Though fueled by mercantilism, their legacy to us is a grand commerce of ideas — a swirling exchange of languages, legends, technologies, philosophies and art that helped shape nearly every aspect of our modern world.

The Gayborhood has been a place of debate for people who were pro or against the existence of it. It is a island of amazing souls where people can find safety. It is where like souls can come for a long term or short term stay in their journey of Burning Man and Black Rock City.

NOTE: This list will grow between now and burn time. Any comments are made random and are intended to be helpful in your choice. All camps are radically inclusive, but some play to a more particular audience. Queer Burners [dot] Com encourages all camps to have diverse members. While not all camps are the right fit for everyone all campers have an obligation to the collective and the health and well-being of that collective, so membership is not obligatory; your request may be denied.

About the graphic at the top of the page: this was assembled after the 2014 Placement Team made it’s announcements. It shows a lot ore camps than we knew about. It is so cool that there are more queer camps coming to Burning Man.

We are going to put a list of the 2014 Events: Caravansary here on this page. If your big gay thing is missing please let us know through the Facebook Page or Contact Form here. Be sure to use other resources at your disposal including:

All links will go back to the original source. 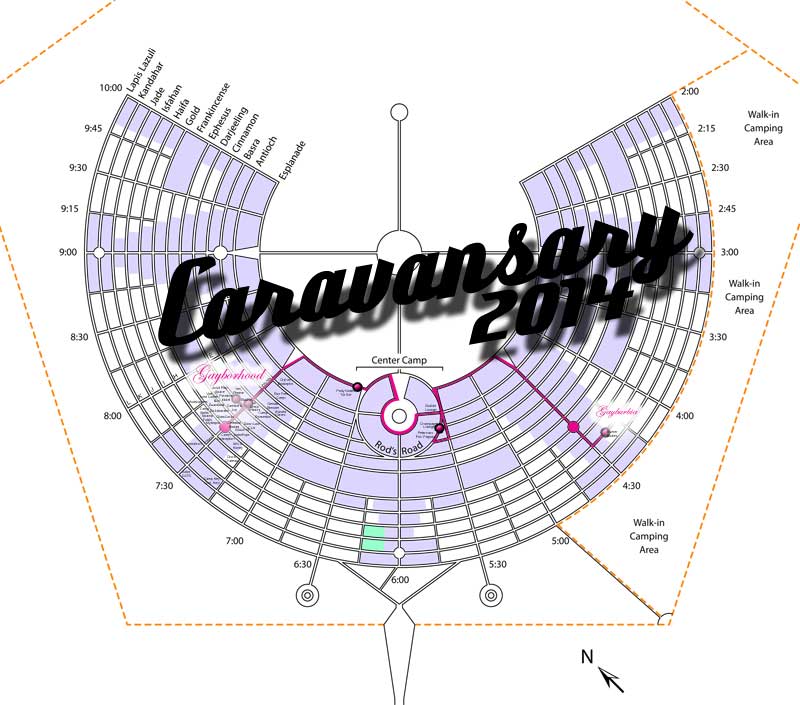 This was the third year for the QBLS and it was amazing. See details on previous years, including trip reports at the library of links below. Special thanks to all who came and those who traveled to be a part of it.

The event was held at The Box Factory in San Francisco; the Box Factory is run by Bernadette Bohan who is a great friend to the community and has been very generous about letting projects use her art/living space.

Who is Queer Burners? 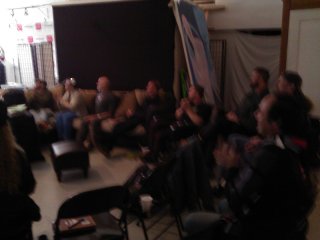 Queer Burners is a 5 year old project designed to provide a network for LGBTQ++ burners a means of communicating and is also dedicated to promoting the Gayborhood at Black Rock City, Nevada. We are not political and we are not a whipping post. This is a 10 principles based idea system who seeks to promote those idea on and off the playa.

There was a lot to be said and a lot of feeling expressed at this year’s event the spun off the agenda items and started right out of the gate when everyone introduced themselves and talks about their individual projects. A couple highlights included:

Toaster went over some of the key items from previous QBLS including a break down of ways of getting people motivated to be part of camp activities; see the who story from the 2012 QBLS and the amazing TED video posted there.

We also highlighted past discussions of the Gayborhood and why we feel it is a very important service to the community; safety, awareness, and it has become an attraction.

Cam Brochu cam in from EBB asking about social networking while Glo from Beaverton was asking about fund raising. While we talked about a lot of things here were the quick highlights:

There were a lot of intense feelings over various issues including, but not limited to, what is perceived to be BMorg’s general view of the LGBTQ++ community; which very much seems to be a hands over the eyes approach. Keeping something very important in mind: BMorg ideology as best as we can interpret seems to be that we are all part on one melting pot.

LGBTQ Issues: Theoretically: So, women issues, racial issues, spiritual issues, sexual orientation issues don’t fall on their radar because those are personal and not community issues.

Personal Safety: while the Regional Team has emphasized personal responsibility (as stated on the back of the ticket as an agreement); sexual assault, homophobia and other issues like that still fall on community members for their individual choices.

Feelings were frequently intense as people share beliefs that came from deeply felt positions on the above mentioned items.

Special thanks to some people who really shined:

And on a special note! There was an energizing surprise set up for the late afternoon that would allow us to start shutting down for the day. SF CHEER camp to liven up the scene and wow, did they!

After SF Cheer left the scene we were all blown away and excited! The video will tell all. But we managed to get back on track and jump back into the agenda where we hit on Queer Burner History. A page was on this site with a short chronology that was pulled down until a lot of information could be changed or updated.

What was different this year?

Not a whole lot, but it was also very different. We had a lot of new people who came out to play and be involved. We had some strong personalities but our focus was making what we do better and helping each other in the process.

Te get the full story please look at the Trip Report here.