Supporting our diverse, intersectional queer community, including trans, non-binary, and people of color, through Radical Inclusion, Diversity, and Equity at Burning Man.

Our 1st official board meeting following our formation:

The learning curve is real. 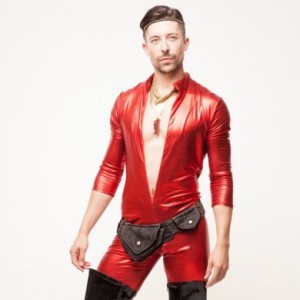 Radical Inclusion: Anyone may be a part of Burning Man. We welcome and respect the stranger. No prerequisites exist for participation in our community.

Radical
A. Very new and different from the usual, ordinary or traditional
B. Favoring extreme changes in existing views, habits, conditions, or institutions.
C. Very basic and important

What is so radical about being inclusive? I feel like it should be second nature to us. We are a diverse community with extremes in ever direction. How is this new and different? Probably because growing up gay has left some of us frail, cautious and weary. I have been raised as a gay man very differently than you, just as you have been raised differently as a gay man, woman, trans, etc. I use the word ‘raised’ loosely. I’m personally speaking in terms of when I started to live my life as a gay man. Who raised me? Who raised you?

I was raised as a gay man in Omaha, Nebraska. There, it was “Oh, he’s so fun! Let’s go dancing!” type of attitude from my straight friends, being gay was like a fairy tale. From my gay community it was a little more intricate. I was the new gay out of the closet and I was curious and others were curious about me. I hooked up carelessly. I fell in love. My heart was broken. I drank a lot. I danced a lot. I was challenged with drugs. I was learning a lot and I lived curiously within my means. I made best friends, met some mean characters and connected with everyone in between.

“Oh, he’s a whore.” whispers the sexually frustrated gay.
“Let’s do shots and make-out with strangers!” cheers the vivacious gay.
“He’s got HIV, be careful” ignorantly says one gay.
“He’s cute, kiss him. Then let’s go to Flixx for girls night” encouraged the lesbian.
“You think you’re better than me because you’re cuter than me?” shouts the just as cute gay.
“You’re fun, let’s dance on the speaker” flirts the queer.
“Stick with me kid, you won’t have any problems” winks the drag queen.
“Hi, I’m Mike.” says my future lover.

Those are just a few examples of statements I would hear any given night about me and/or other people in a bar. Even at a young age, I thought I knew what was right and what was wrong. I can proudly say that I frequently challenged my fellow gays, and it often lead to either a change in behavior or the loss of an acquaintance. I too have been challenged by my fellow gay man and woman, and have grown from my ignorances. I say “gays” because I didn’t feel a strong connection with the word “queer” at that time in my life. I was obviously in the wrong city.

Many people had a positive impact on my life as well. Chris, for example, is the happiest gay man I have ever met. He is 40-something… eh, he will always be 40 years old to me. I swear he grows younger every year. He has this joie de vivre that transcends to everyone he encounters. He could be talking about his bankruptcy, his heart attack, his crazy sister or the death of a drag queen and yet all of his stories have this warm and light tone. He never undermines the seriousness of any situation, but he simply embraces the reality for what it is. I’ve held him when he cried. He has held me in his arms while I cried, once when my heart was broken and another when I shared with him that I was HIV positive. No matter who you are, what you wear, where you are from, how long you’ve been out of the closet, your religion, body type, your sexual drive…you always feel like you belong in his presence. Chris is one of the many who raised me as a gay man.

No one is perfect, yet we are all beautiful. Shall we challenge how we may have been raised and shed the bad and embrace the good?

[I encourage comments and discussion, as I have no expectations with this post, other than challenging thought]