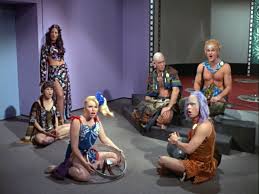 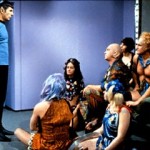 Ticket Sales are starting soon! We talked about it recently here with a quick breakdown showing how 61,000 tickets are planned to be distributed PLUS a limited 35,000 vehicle passes that we have to hope people do not horde.

Out of the 61,000 tickets announced Jan 8th/2014 only 4,000 are being provided to people of low or limited income. That means 7% of the tickets available are set aside for low income. According to representatives from Burning Man that is considered generous. (Harley in 2012 in a meeting that focused on the 2012 ticketing disaster and BM HQ when low income ticket available went from 1000 to 4000). 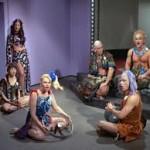 Of course artists have money to burn! The $380 price tag is chump change to people who spin fire and do creative stuff… right? Because all that free art brought out there and put on display, theme camps and activities paid for by the community is no big deal.

We all know the the journey to get to Burning Man really is also part of experience. It is never easy and the escalated ticket prices set to match the escalating cost of setting the event (court fees permits) might eat into the millions of dollars of revenue.

NOT to echo the complacency of other blogs noted on our site, but the imbalance of ticket prices is simply leveraging out the people that made this event what it was. If it was possible, let’s see 10,000 more of those tickets made available at a lower rate. The last two years have seen a huge leap in the cost of attending. Who is left in a sea of plug and play camps and glamping?

Let’s be honest, you better start preparing for your upcoming ticket purchase for Burning Man 2014: __ (unnamed entity) ___. The last few years has been absolutely hell with ticket purchasing. Here are a few heads up, a couple gripes, and a hint or two about making it easier to get your tickets.

Of course BMorg (Burning Man, LLC or The Burning Man Project or whatever they are calling themselves now) has not announced ticket sales for 2014 yet but you can pretty much bet a few things will happen and you need to start stashing some cash under your mattress now.

I think a lot of people would prefer we went back to the old system at this point and maybe people would find less reasons to bitch and kvetch. If that is the price it takes to get tickets and get them with less bullshit attached then please let’s serve it up. Unfortunately that ship has likely sailed and the Burning Man image has shifted along with it to a slow crawl to being a Coachella.

We all know that Burning Man was being raped themselves last year with Pershing County trying to gouge the hell out of the organization. Not to mention, we forget sometimes, how many people have their greasy palms out looking for more grease.

A flat rate of $380. plus handling fees is a lot for some of us and nothing to others. Imagine if that were to go up. Also, educate yourself with the Burning Man Afterburn Reports where they usually divulge the overall cost of running the big show.

There were AT LEAST 69,000 people at the Burn this year excluding some staff.

A full .08% of tickets were made available to low income ticket people. This is excluding tickets gifted to artists, staff and other performers of this, that or another.

It is in all likelihood that Burning Man oversold the event once again. So we can expect to see dents in these numbers anyway… *AND it should be clear that none of these number above are official and are rough; just to show the displaced nature of tickets for high income people versus low income.

There is no secret. Many of us need Burning Man to remember that while their incomes are soaring through the roof that many of us that love this community are simply not as flushed with cash. Hopefully the voice of the community will be heard in this case.

There are tickets available. While either passively with BMorg’s help or through articulation tickets have managed to become available and wanting badly to be in your hands. In just recent weeks people have been offering tickets for community members in need.

Why start with the 10 principles? Well, one of them is very important when it comes to almost anything in the Burner community… it is the one that will slap any Sparkle Pony… spank any tourist… it is Self-Reliance. Not to sound snarky, because I am going to tell you how to get a ticket either free or a reduced cost if not full price, but you have to be a participant.

Participation is 90% of the infrastructure of the Burning Man event and if it were not for it’s volunteers or do’ers there really would be nothing to go to. You have to be a part of something or be a contributor in some way. You have to add to the fruit salad of Burning Man with blood, sweat, tears or whatever your Radical Self-Expression might be. So the answer is be a part of the salad.

Be part of a camp infrastructure, help on an art project, create your own art project, art car, performance… whatever. If you are a part of someone’s collective and get your face involved in a community of people then you suddenly have more eyes looking to help you get that ticket.

If you skipped down to this part you are missing the point. Burning Man is not a tourist destination. Although a lot of people have figured out how to go and offer nothing with Plug N’ Play camping, thinking it is just one big party, or having no understanding of the lifestyle many of these people have evolved with.

If you skipped down to this part reconsider if this is what you really want. Burning Man is not a bucket list item. Coming to this event with no expectations… Giving of yourself over to the Black Rock Desert… unconditionally and without any expectation… then you are on the right journey.

Be a part of a community by representing yourself as part of a collective. It might just be 2 people, it could be 120, but add to the fruits salad! (If you don’t get the fruit salad comment please read back). Just being on this web site is not the answer but could simply be the point in which you tie into something through the Groups section or by talking with another member. The answer my friend is simple: pARTticpate.