In my last post I talked about balance. Although I was talking about one person who was posting some very strong opinions on Burners.Me  it has since come to light that this one voice was not alone.  The tone of some blogs has been quite strong while it seems most burners want nothing but happiness and joy.

While even I have been critical in various posts of BMorg (Burning Man Organization) I have always driven myself to see the big picture. That is to say there is never a black and white in burner-land, I have learned there is a lot of gray area.

There are tons of burning-blogs out there and many are worth following including burners.me but within context. No one wants to listen to someone ranting about the negative.

Here are a few samples of blogs out there:

Now, the previously mentioned naysayer has also been a friend to the LGBTQ Queer Burner population and posts under the pseudonym 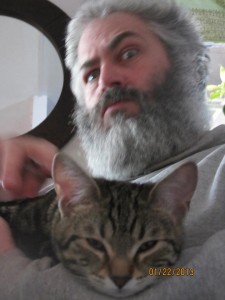 “Grant Hitchcock” but on his site as “Whatsblem the Pro”; all aka M. Otis Beard and more.

He was recently under attack by prominent members of our community. He earned a few red rashes from people who took exception to his posts (seen on his new blog site www.BurnerNews.com).

Otis was fired from Burners.Me and it ended up a very public mess, but he moved on to other ventures; hence burnernews.com.

in the end each of the sites listed above carry a different tone and all are worth following. Burners.Me was founded following the ticket fiasco of 2012 and carried a critical torch on BMorg since. The only thing is, even with the dismissal of Whatsblem the Pro (aka Otis) it still carried a negative tone.

BAR (Burn After Reading) has been a generally balanced and positive view into our Burner community.

BurnCast is run by daBomb (her playa name) and features some great coverage of the community.

We all take away from these blogs what works for us. The king of Burner Blogs is the P.R. machine at Burning Man (BMorg) itself.  Take a look at the Burning Blog here.