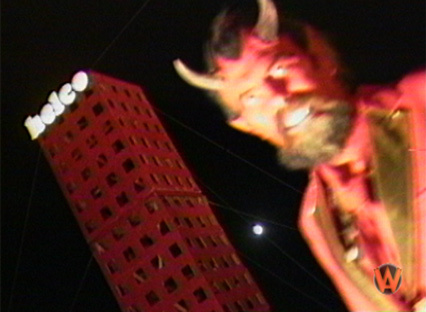 With a recent discussion of monetization on the site and this author possible getting a gift from someone who wanted to post an ad on the site I thought it important to expand on at least one of 10 points in the ideology we opted in to when we joined the Burning Man community and decided to participate.

Let me start by saying that I will be receiving nothing from the person who wanted to advertise here. The policy will remain the same unless the community (you guys) say differently. That is: Create a New Post from the Dashboard menu at the top of the screen after you login. Only verified members can do this. Email me if there is a question on what that is.

Of the 10 Principles the one that came under fire here is about monetary gain under the entity that is Burning Man or by using any logos or representations of the organization. Gay Burners is not in any way an officially sanctioned or official part of the organization. This amounts to being a fan-site supporting a sub-culture of Burning Man itself. And yes, I can say they appreciate what this site is and who we are catering to.

Decommodification: In order to preserve the spirit of gifting, our community seeks to create social environments that are unmediated by commercial sponsorships, transactions, or advertising. We stand ready to protect our culture from such exploitation. We resist the substitution of consumption for participatory experience. [source]

On a recent trip to gather with Burners one of the topics of discussion was about money. Certainly we all see that Burning Man could not exist unless they raised money and paid salaries. I hear people jabbing their fingers at coffee and ice at Burning Man, but that money goes to some important causes. Have you seen the financial reports Burning Man posts publicly on how much it costs to put the whole thing on?

Things cost money. People make money and that money goes into their tickets, camping equipment, gas to get to Burning Man so reality is that money is more often turning around and going right back into the machine anyway.

There are some seriously blurry lines in this space because the cost of local events beside our individual journeys is getting more and more expensive.

It costs me almost nothing to have this site and manage it. I paid for hosting and I paid for the domain name and annually that is about 20$. Yes, you see AdSence on the bottom of the pages, but there has been no revenue from that in all the time I had the account. And this is actually on a few of the sites I manage. I want people to have resources and options but not some namby-pamby corporate hoo-hah wanting to come on here to take advantage our audience.

We have about 150 members right now on this site plus 162 on the Facebook as of this posting.

The same person who criticized me in email made a dismissing remark about the population of this site and whatever anger or frustration that came from it was hurtful. What you guys don’t see are the analytics of the site. We actually are getting more than a thousand people a month looking at this site! Wanna see some of that? Look at the link in the left column in the section that says “Who’s On Line”.

1 thought on “Principles and Blurry Lines”