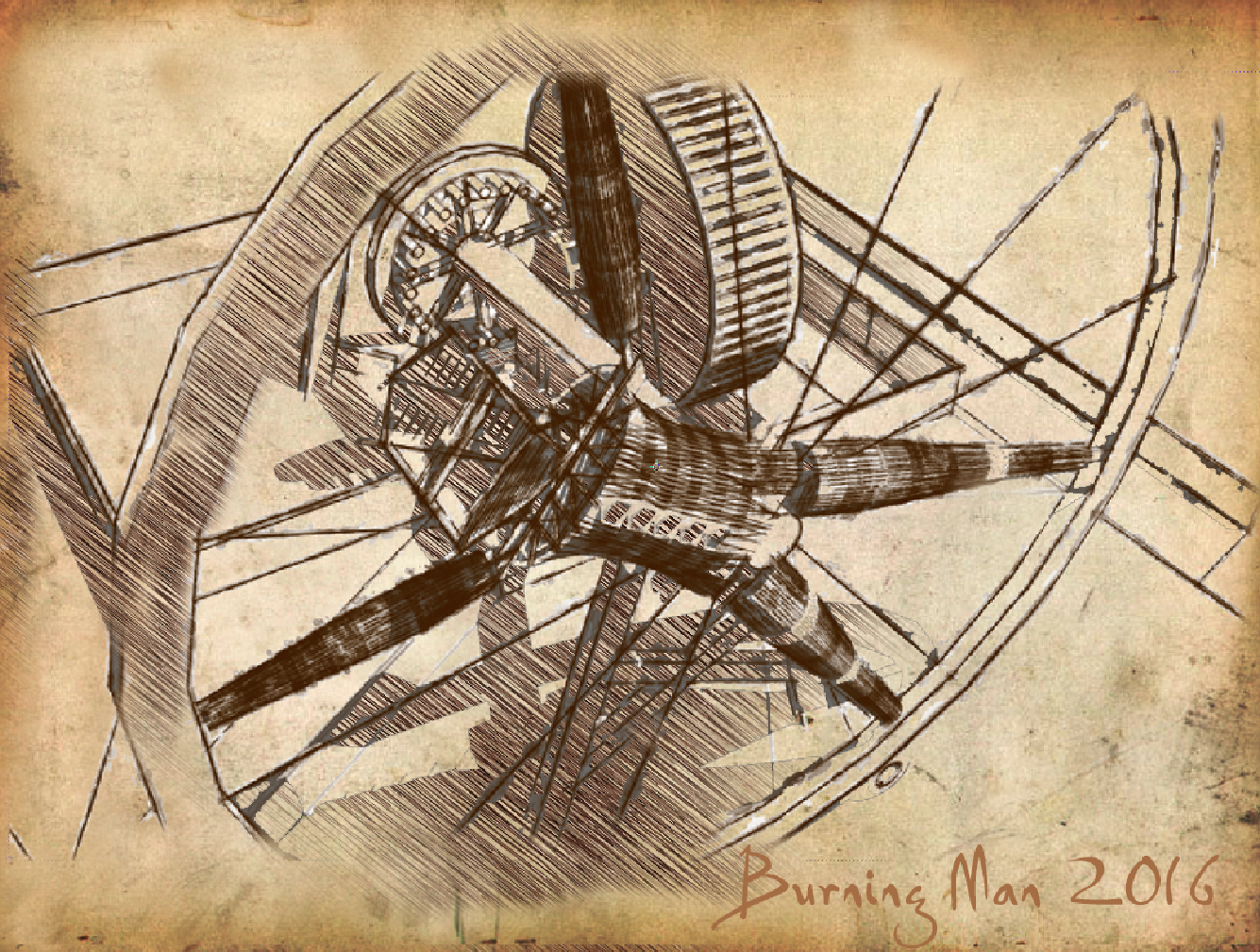 It was announced today! The news finally arrived. Just in time to get people excited for the pre-holiday ticket sale in coming up where Burning Man raises more funds for the year. Money raised goes to the production of the event as well as funding for art projects going to the burn.

The art theme for Burning Man 2016 will be “Da Vinci’s Workshop”, inspired by the Italian Renaissance of the middle fifteenth and early sixteenth centuries, when an historic convergence of inspired artistry, technical innovation and enlightened patronage launched Europe out of the dark ages and into modernity.

Our story will focus on the republic of Florence, for it was here, in a city-state of about the same size and population as Black Rock City, that humanist ideals, a rediscovery of science, and funding from a newly moneyed class of entrepreneurs fueled a revolutionary cultural movement that redefined Western civilization.  – blog.burningman.com

Yes, we are excited. Yes, we are thrilled. No, this year does not begin with Car… (see last 3 years themes).