Taken from the pages of Queerty in a lovely article linked here. 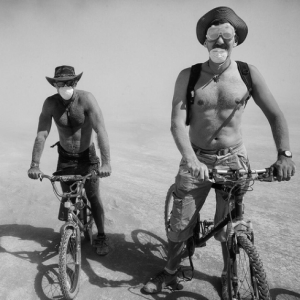 Of course, every few hours a bunch of thirsty dudes show up to invade this poor camp, and someone staying there has to explain it. Well, this guy shows up late, and the camp member who just explained it was a prank goes to greet him.
They shake hands, talk a bit, still shaking hands. Someone comments on how awkwardly long the handshake is. Someone else exclaims “its not like they’re shaking dicks!”

The guest finished, the camp member didn’t. His wife showed up just at the tail end, and jokingly shouted “Damnit, Robbie! Not again!”

And that’s how a handshake turns into a double hand job.

ADMIN: Ask Catcher and he will tell you these kinds of things happen all the time at the Down Low Club. DLC Yahoo Groups Link.