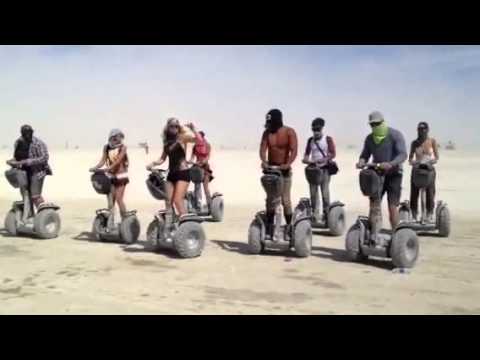 There has been a lot of talk about things that went down at Burning Man in 2014 that people got fired up about. The big noise has been the value of Plug and Play (PnP) camps at Burning Man and how they (generally speaking) have failed to comprehend the 10 Principles. The MOOP map this year was a clear example of complete failures when it came to those kinds of camps on the playa.

This year the postmortem came with a stinging post by The Hun that asked about a specific PnP camp called Gypsy Flower Power International; a felonious level badly run camp. Take a look at the 9:00 & BFE as well as the 3:00 and BFE areas where such camps were positioned and see the bright red markings.

This site already did the finger wagging over the MOOP Issue in a previous post. What this post talks about is the problems or PnP camps versus the virtues. We have a lot of people with too much money injected into the Burning Man scene without the slightest grasp of this sense of community created by Larry and his cronies.

As for PnP camps there seemed to be more successes than failures in that department. But the failures were pretty big. Travis Puglisi has been making a lot of noise on Facebook and Burner.Me* [link] in defense of that system. He makes his money off of that business.

It seriously pays to read these if you have any feelings on the subject and read the comments on the pages. The Burning Man blog site has had some great posts while *Burners.Me has been more the Fox News of the Burner Community I would definitely read their posts but form your own opinion before leaning on them too hard.

Another issue stemming form this year’s burn we could learn from is the disconnect that Burner Express forced on a lot of camps. People who rode on BE were only allowed to bring limited personal items and not much at that.

While if the rider was in a plug and play camp where all their needs were met they should have been fine. People camping on their own would have probably been fine. But participating in a theme camp there was no way riders could bring their share.

Word was that the Borg told theme camp participants that their fellow camp mates would have to bare the brunt of addition items needed to make the camp happen. While that makes sense on many levels it took away the individuals ability to do more than the basic. That also included taking out camp trash at the end of the week because the rider was only allowed to take 1 bag of trash and 1 bag of mixed recyclables.

Many participants had to pay a lot extra to ship their camp gear on containers from their regions which in some cases was rather expensive.

The enigma of PnP camps and their growing association with the Borg since 2013 has been a mind-boggling curiosity that has definitely sent Burning Man down a path (along with other things) of commodification and becoming that main-streaming juggernaut people joked about for all these years. Somehow the spirit of the event is still alive in spite of it.

While this author hates the PnP camps and their effect on the event it is not going to divert the path of the bullet already in flight.

And Burner Express has been around a few years but became the only player left on the board with 2014’s change in strategy, but still ultimately provided an amazing service for a lot of people. It really is up to the individual who is traveling to make sure their sucks are in a row and that they are not the sparkle pony in the dust.