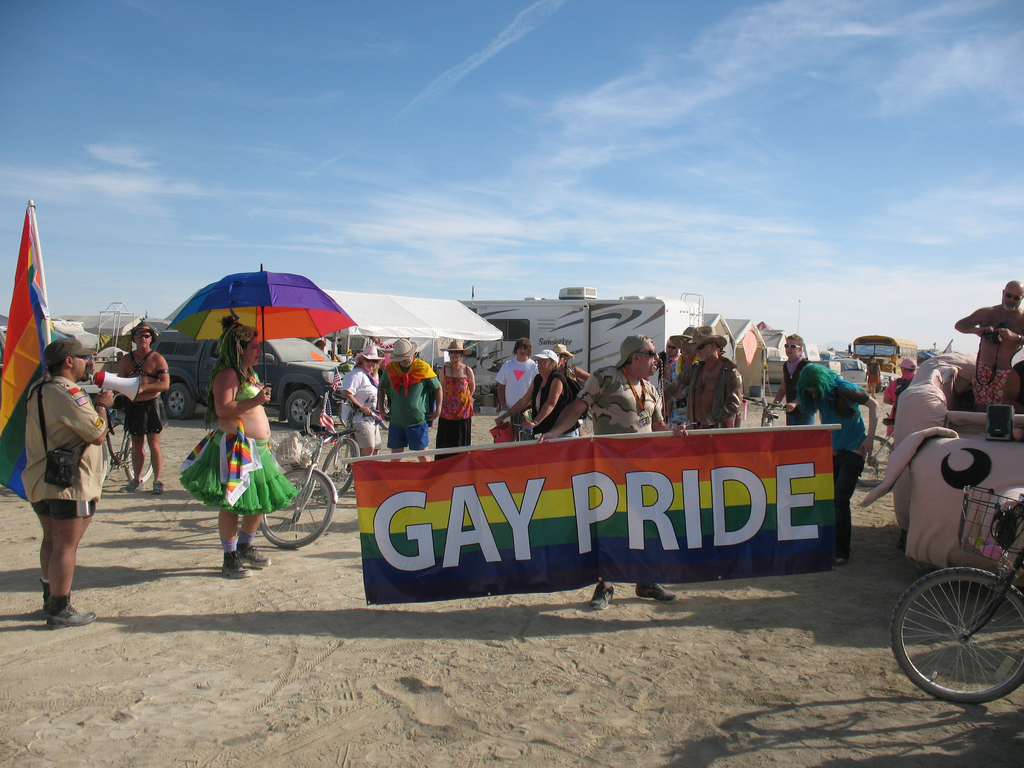 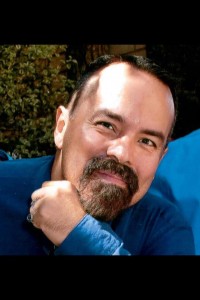 Mario was a lead for a camp called Moonbow Camp that was, when I started my burner adventure, a special place on the playa. They were at 3:30 and A when I first went to their camp for the Official Gay Burner Meetup in its day. He brought us the official gay meetup and the Gay Pride Parade that started at the man.

Up there to the far left is Mario with the bullhorn. This to the right is also him in his better days. He was a force to be reckoned with and an inspiration for me in the work I have done to make Queer Burners into something. Because of him and a parcel of other people it is why I am determined to make this project a success.

I put a link to the picture above, taken by another amazing human in our community from Burner Buddies. It shows the first Gay Pride parade at Burning Man orchestrated by Mario and his friends in 2008.

When Mario passed in 2012 it was a deeply felt shock. I wish people could appreciate that someone like him had such a brief and profound impact on me in the community. We spoke a matter of days before he passed on the phone and he cheered me on. I had no idea how sick he was. He cheered me on and spoke words of encouragement. Then I left memories of him at the temple and tried to carry the torch he carried a few more years longer.