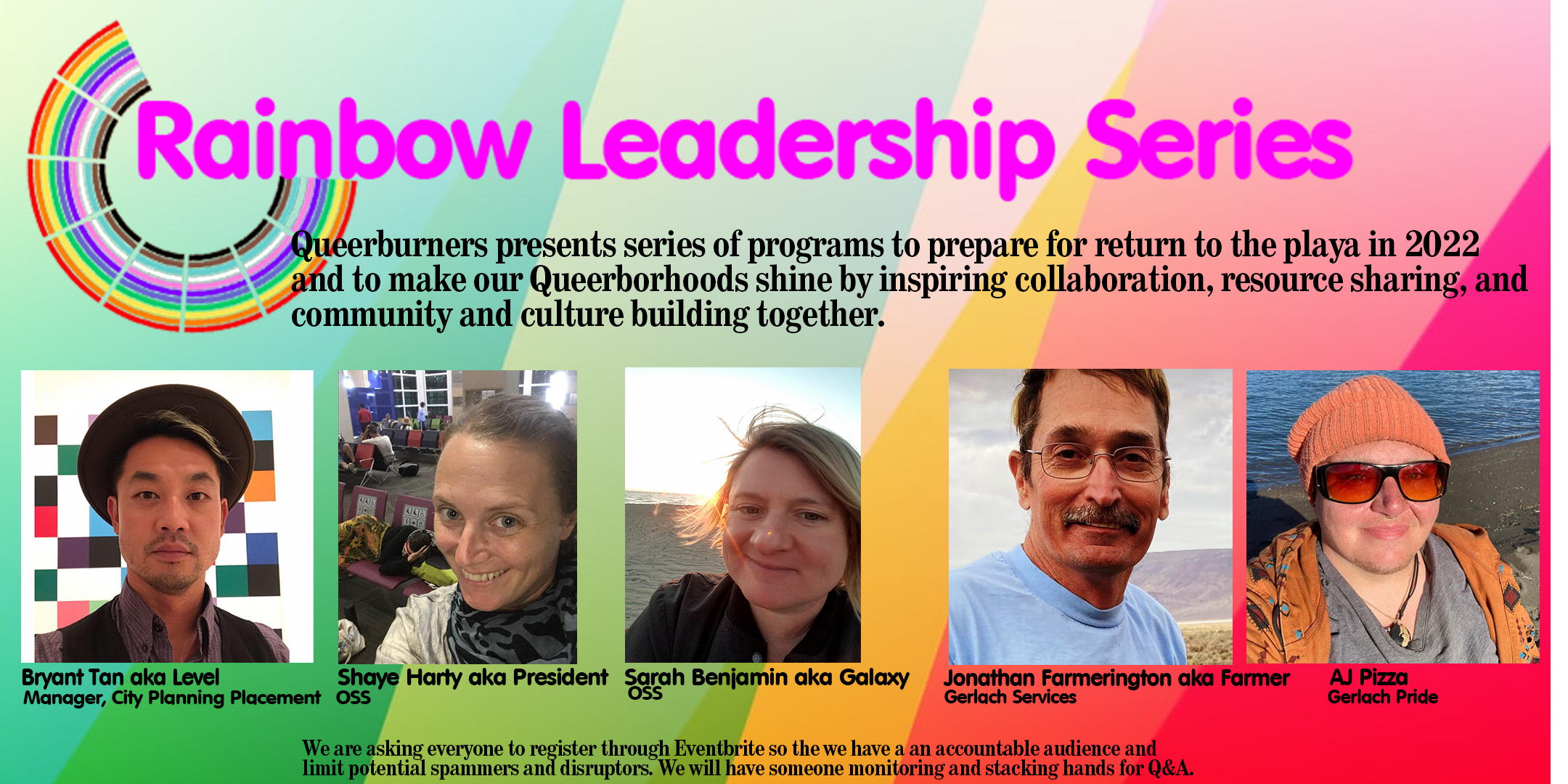 While speaking with Christian William from BAAAHS, I was inspired for Burning Man 2022: Waking Dreams to see if I can help stoke that excitement in other people in the community. Christian has a vision for his next burn as an anchor camp on the new 4:30 Queerborhood; also dubbed the East Village [of Black Rock City]. The 4:30 Queerborhood made its premier in 2019 and after a successful inaugural year he is inspired to raise the bar.

It was fuel from that conversation that made me want to drive another Leadership Summit for Queer Camps. We have done this at least 3x in the past with great participation and excitement brewing for all the amazing things we can do together. This time we opened access up to anyone who wanted with the caveat that this is tied to the Queerborhoods (East and West Village and beyond).

The 7:30 Queerborhood (West Village) is still there with all the excitement and energy it has had for two decades anchored by Comfort & Joy. The inspiring work of Chickpea and the many hands of C&J will continue to shine.

Originally my goal was to have in in-person event so we could directly engage each other and help build relationships. Tickets went on sale in January, but there was concerns and issues of the ability to afford time and focus that drove the decision to go to an online event over time. So, we broke the weekend long event out into smaller bites over months.

Thankfully, more and more people helped us craft this event what it became with a great team of producers. Thank you Starduster, Matt, Terror, Dao, Joel, RedBirdBean, and more. Thanks Level, President, Galaxy, and KGB.

We started off Episode 1 with a feature on Placement and Outside Services (OSS) with help from BMorg folx like Level from Placement, President and Galaxy from Outside services who provided extremely helpful and fulfilling information about what the future holds for Waking Dreams in Black Rock City.

Level from Placement talked a lot about the things that will be expected of camps for frontage, interactivity and overall deliverables when it comes to a Theme Camp being placed at the burn. And, for the first time, camps without a history could get Stewards Sale tickets with their placement if approved.

President and Galaxy talked a lot about some changes in the accessibility of some vendors on playa. There are some rule changes for 2022 in an effort to reduce one of the biggest sins of the burning man theology, and that is commodification. Doing business on playa, the act of running a business, is what they are trying to dethatch from.

There are programs though that are working that are potentially a huge benefit to the community and camping at Burning Man like HUBS that Level, President and Galaxy talked about. KGB Placer was there too to share that exciting way camps can be placed together and share resources to reduce the ecological impact on the playa.

Representatives from Gerlach were also there to talk about services and events that our community could benefit from. There is a growing queer culture in the small Nevada town most of us blew through on our way to Black Rock City and it is worth exploring.

We were joined by Farmer and Roxy de Playa who underscored a collection of solutions in the area that would make life a lot easier for a lot of people looking for large scale storage, transporting in box trailers, and more. They have venue space, camping, cabins and resources that are barely being taped into.

AJ came to speak of Gerlach Pride. There is a committee of people in Gerlach that are working to bring pride to a community that never had such a thing before. This includes Farmer and Roxy.